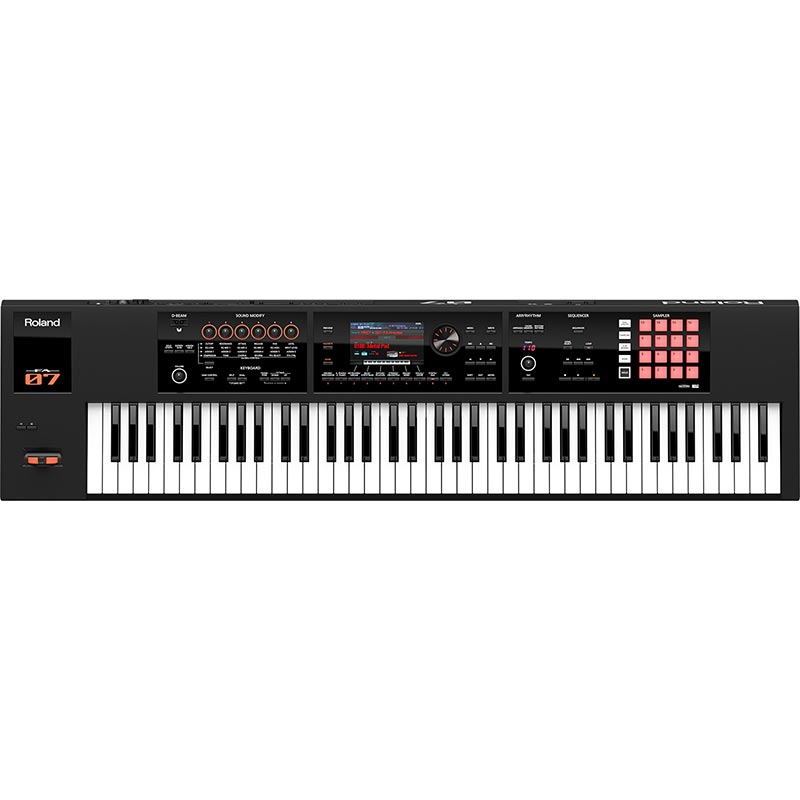 Roland FA-07 sintisajzer. Each model in the series features a massive sound collection, studio-quality effects. Expressive real-time controls, plus onboard sampling with zero load time for instant playback from 16 pads. An integrated sequencer offers simple operation and non-stop loop recording, and you can easily export tracks for further development with your DAW. Available models include the 61-note FA-06 and 76-note FA-07. Which both feature velocity-sensitive keyboards with synth action, and the FA-08, which features an 88-note keyboard with weighted action. Music workstations play an important role for keyboardists in a wide range of creative activities. However, they can often be complicated and difficult to use to their full potential, bogging down the creative process. In developing the FA series, Roland has completely reimagined the music workstation to let your inspiration flow, allowing you to perform on stage and develop musical ideas with less effort than ever before.