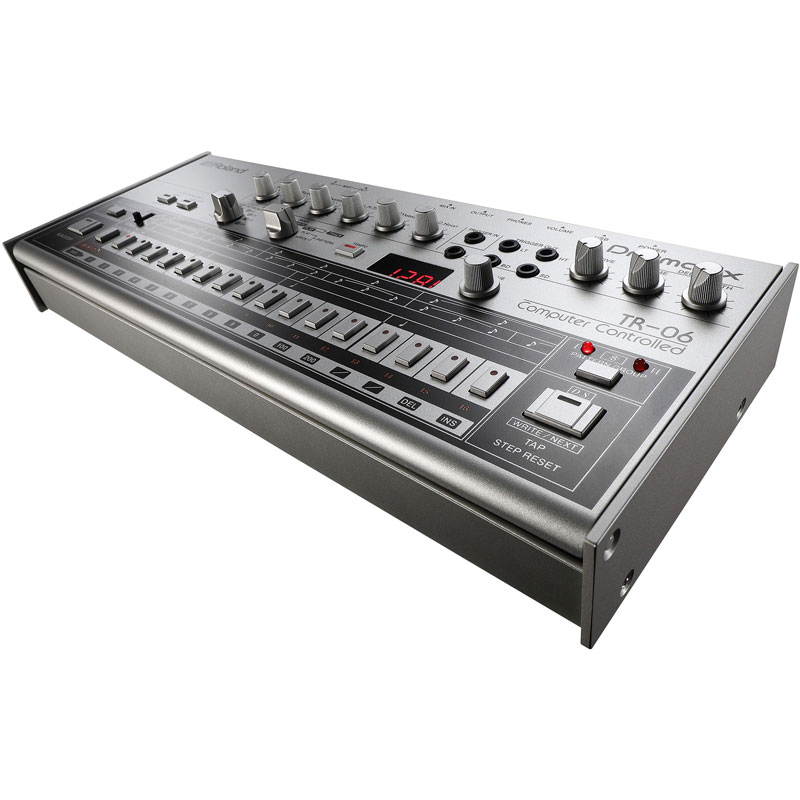 Roland TR-06 sound module. Originally conceived as a drum machine companion to the Roland TB-303 Bassline Synthesizer. The Roland TR-606 was compact, visually inviting, and simple to program. Yet both it and the TB-303 were coolly received, and within a few years. They were populating the shelves of pawnshops and thrift stores. However, in a twist that has become all too familiar in the world of music gear, a later generation of musicians — acts such as Sisters of Mercy, Nine Inch Nails, and Massive Attack — would rediscover the TR-606 and cement its place in the pantheon of electronic drum machines. Using their cutting-edge Analog Circuit Behavior technology, Roland has meticulously re-created their sleeper classic with the Roland TR-06 Rhythm Performer. The tight kick, popcorn snare drum, crunchy claps, and delicious analog hats are all there. You can build massive patterns on its 32-step sequencer with up to six instruments, eight variations per pattern, and two fills per pattern. And the TR-06 lets you store up to 128 patterns on the unit — a clutch feature for live performances.