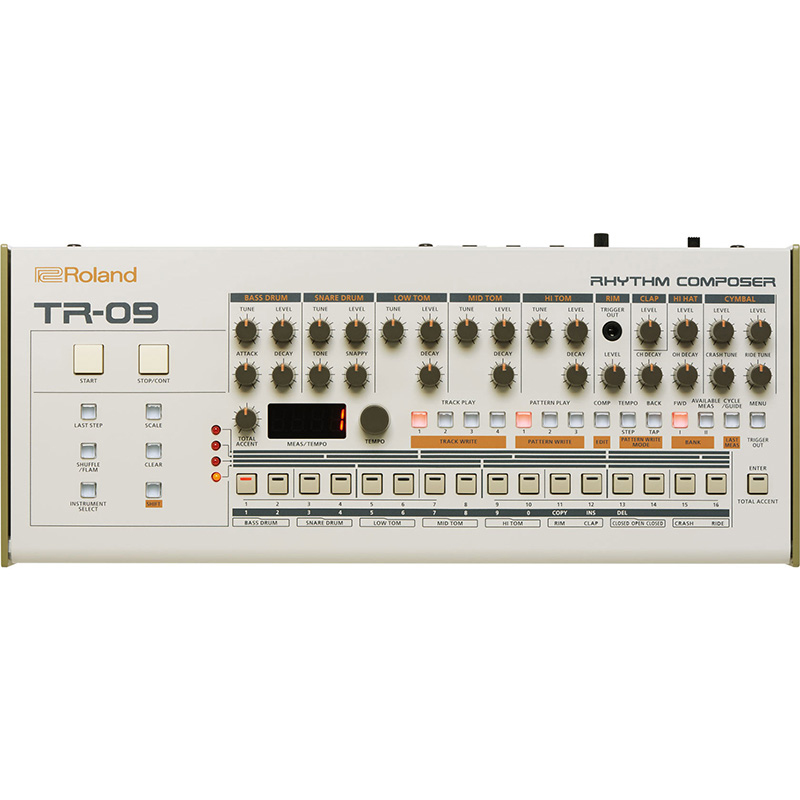 Roland TR-09 Boutique Rhythm Composer. The influence of the TR-909 drum machine is still heard, and felt more than three decades after it was launched. 909 sound is available as part of the Roland Boutique series in the form of the TR-09. Featuring the same front-panel layout and user interface of the original. The TR-09 is powered by Roland’s ACB technology. Delivering the speaker-pummelling power of the TR-909 in a super-affordable and portable format. Offering precise control over an array of drum parameters and the ability to keep playing when switching modes. The TR-09 may be compact, but it still has the power to move people. Studio sessions are well catered for too, with four separate outputs via USB audio, external instrument control via a trigger output, and USB MIDI. The original TR-909 blended analog kick, snare, and tom drums with six-bit samples for the hi-hats and cymbals. This hybrid approach to sound generation meant that the 909 sounded like no other drum machine. Accurately recreating such an influential sound while retaining the ability to edit and tweak the various parameters is only possible via Roland’s ACB (Analog Circuit Behavior) technology, which is also found in the popular AIRA series.